The Redwood Hill Farm Alpine goat herd started in the 1960’s when the Bice family bought the Mari-Jo herd and dairy.

These Alpines were purebred, but not registered, so we began the process of using the ADGA recordation system and this is the primary reason why the Redwood Hill  Farm Alpine herd has always been predominately American.  Laurelwood Acres Class is the first buck we purchased and helped put Redwood Hill Farm on the map in the early 70’s. He had 9 permanent champion offspring including the great buck- Redwood Hills Classic Example. Alpines have traditionally been the biggest breed by numbers at Redwood Hill Farm due to their hardiness and great will to milk. We are extremely proud of the success of our Alpines in the show ring, both here in the always competitive Northern California show circuit, as well as at the National level.  At American Dairy Goat Association (ADGA) National Show we’ve been thrilled to have 1st Place Dairy Herd and Best 3 Females in 1986, 1987, 1988, 1989, 1990, 1991, 1999, 2005, 2007, 2009, 2010, and 2012. In 2015 we were awarded Best 3 Females at the National Show in Redmond.  At more recent National Shows that we’ve been able to attend, in 2018 we had 1st Place Dairy Herd and Best 3 Females as well as GCH and Best Udder with “Rainboots” and Alpine Premier Breeder and Exhibitor.  And in 2019 we were honored to have 1st place Dairy Herd, Best 3 Females, Senior Get as well as GCH and Best Udder with “Rosetta”. We are grateful for our successes and appreciate working with other Alpine breeders for the continued betterment of the Alpine breed. 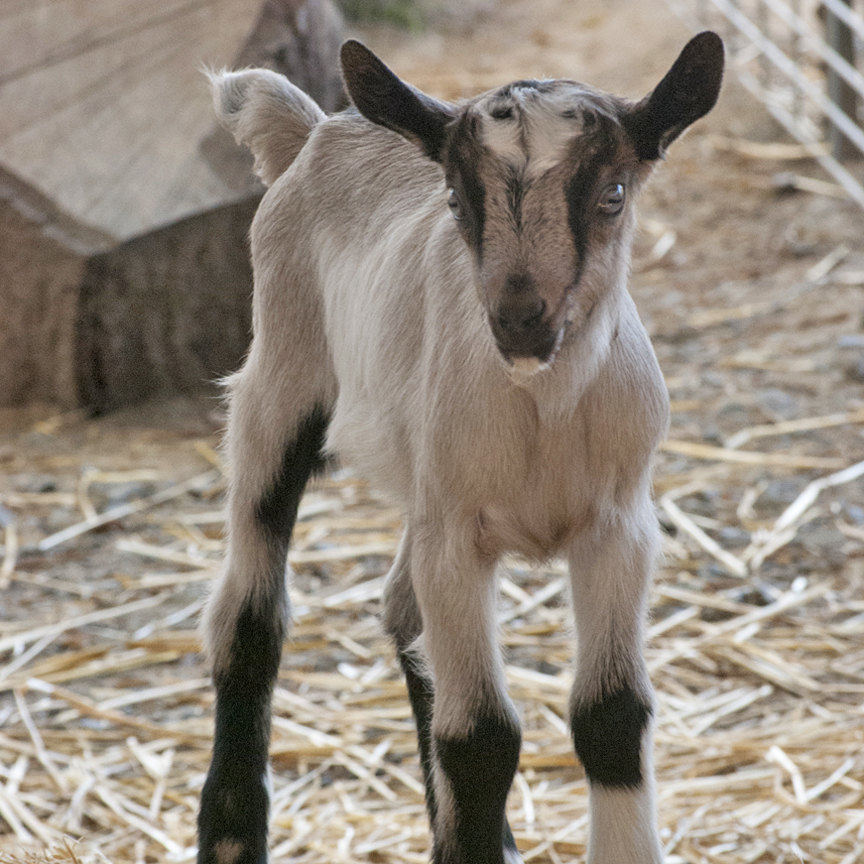