Thank you for your interest in Saanen dairy goat breeding stock from Redwood Hill Farm, which includes the Compañeros, and Vineyard View herds.

Both Saanen dairy goat herds living here at Redwood Hill Farm share the same motto “The Winning Combination of Milkability and Showability” and are genetically related. In 1978 my late husband, Steven Schack and I, became goat business partners and Steven’s Compañeros herd of dairy goats came to live at Redwood Hill Farm. Although Steven raised four breeds of dairy goats, Saanens were his first love and where he received the most recognition. Compañeros was a force in the Saanen dairy goat breed in the 1980’s with many outstanding animals, including SG Compañeros Voice of Reason who has had 18 permanent champion offspring, including ADGA National Champion Compañeros Reason Jezebel. In the 1990’s the White Wave herd of Jennifer Jackson became a part of the Compañeros Herd along with bucks SG Heavenly-“Poor” FRM Prime Rate and his son SG White Wave Katsuo. These two bucks have been instrumental in increasing milk components within the Saanen breed. To honor Steven’s memory and his Saanen breeding program, all of my Saanens at Redwood Hill Farm carry the Companeros herd name. Our Companeros lines have had much success through the years at ADGA National Shows with some of the highlights being “Jordan” and “Jewel” both being named ADGA Reserve Nationals Champions in 2002 and 2010 respectively. In 2019 “Athena” was the first place two year old at the ADGA Nationals and we are excited about our current breeding program.

A valued employee for many years until his death in 2019, Steve Considine’s Sartyr herd of Saanens lived at Redwood Hill Farm.  Steve was a breeder of Saanens his entire life and when he came to California he brought animals with him, many going back to the Gold Crown genetics.  He continued to breed outstanding animals here in CA that excelled in both milk production and wins in the show ring.  Steve’s “T” line produced two National Champions and they have had influence on the breed. His remaining few animals have now become part of the Companeros herd and we are grateful to have them.

The Vineyard View Saanens owned by Scott Bice, have enjoyed great success. At the 2015 ADGA National Show, Vineyard View had the Reserve National Champion with Best Udder, 1st place Best 3 Females, 1st place Dairy Herd, and 1st place Senior Get of Sire. The 1st place Senior Get of Sire and Premier Sire of Show for Saanens was SG Loughlin’s Voice of a Sly Fox, fittingly a SG Compañeros Voice of Reason son.  In 2018 we were thrilled to win National Champion and Best Udder with “Hurricane”, as well as 1st Place Dairy Herd and Best 3 Females.  And in 2019, having National Champion and Best Udder with “Social Issues” was a great honor, especially considering Issues had been in milk for over 2 years!  We were happy to have 1st Place Dairy Herd and Reserve Premier Saanen Breeder as well. Our 2018 Colorama consignment owned by Jon Welker and named “Perfect Storm” was named Junior National Champion at the 2019 show. That was the icing on the cake! 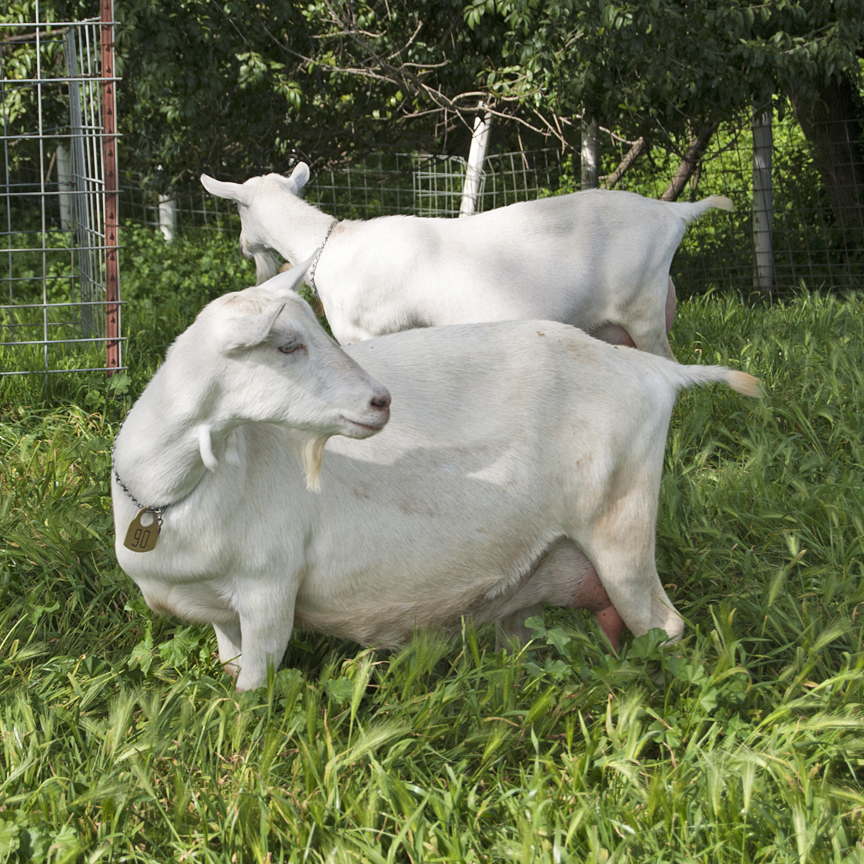