Hoku Get of Sire 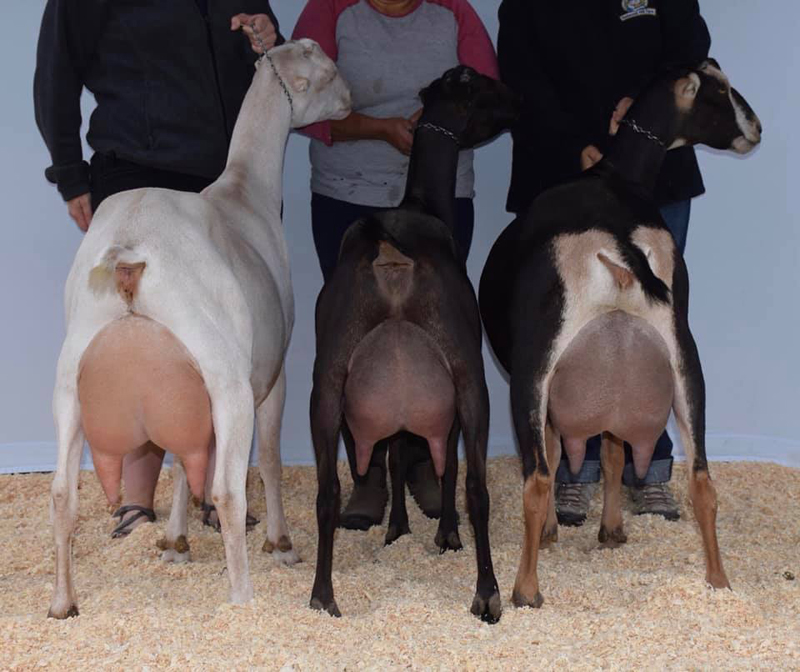 Hoku is a very exciting young buck.  His dam has been a strong doe in the show ring earning multiple BIS wins.  She also has several lovely daughters, one being a full sister to Hoku!  Hoku is sired by Rhone, who has numerous lovely daughters in our herd and had worked so well for us in the past.

Hoku now has many lovely daughters on the farm.  His first daughter to freshen has a beautifully shaped mammary!  His dry offspring have also shown well with Kastdemur’s Vera Wang being named 2018 ADGA National Junior Champion.  Two of his milking daughters, Vera Wang and Brick House, each won their individual classes at the 2019 ADGA Nationals!