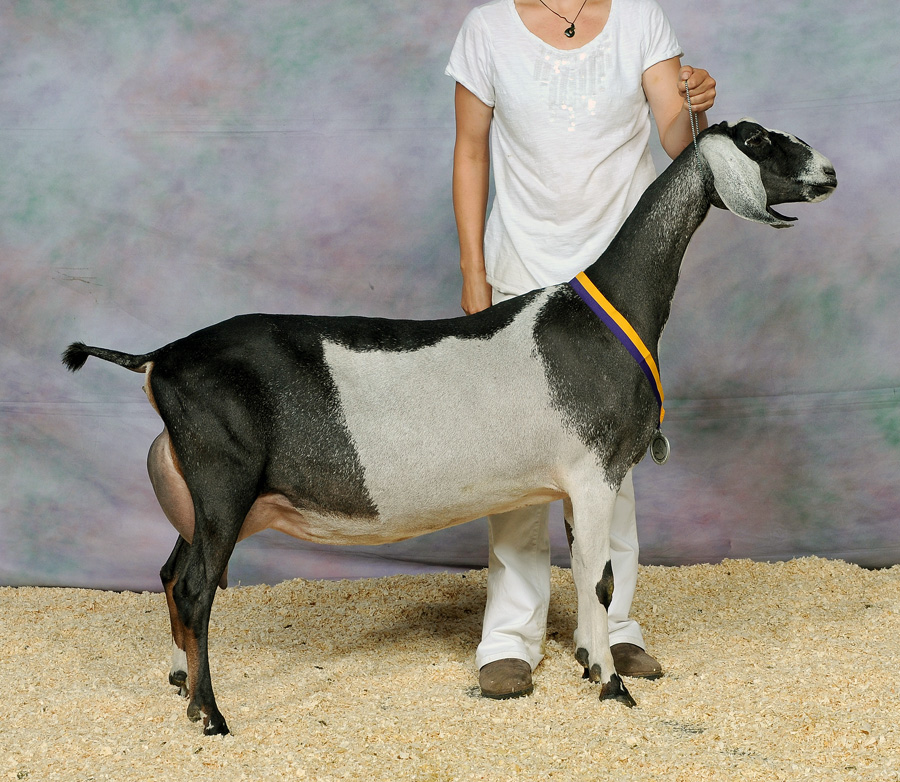 We are honored to have had the opportunity to bring Sasha into the herd. In 2012 at the National Show in Colorado, Scott saw her in the Wingwood Farm pens and started asking Karen Smith about her. As it turns out, Karen was planning on trying to sell her after the show. Scott made a deal with Karen to purchase Sasha for Jennifer. It turned out to be a great investment, as Sasha went on to be named the 2012 National Champion and Best Udder!

Sasha was extremely long necked, long bodied, and feminine. She had wonderful refinement without giving up strength. She was very correct in general appearance with a strong topline and feet and legs. Her mammary system was extremely striking for the overall height and width the rear, with beautiful teat placement, and medial support.

We are very happy to still have 2 of Sasha’s daughters in the herd, and her daughter Sanskrit very closely resembles her!