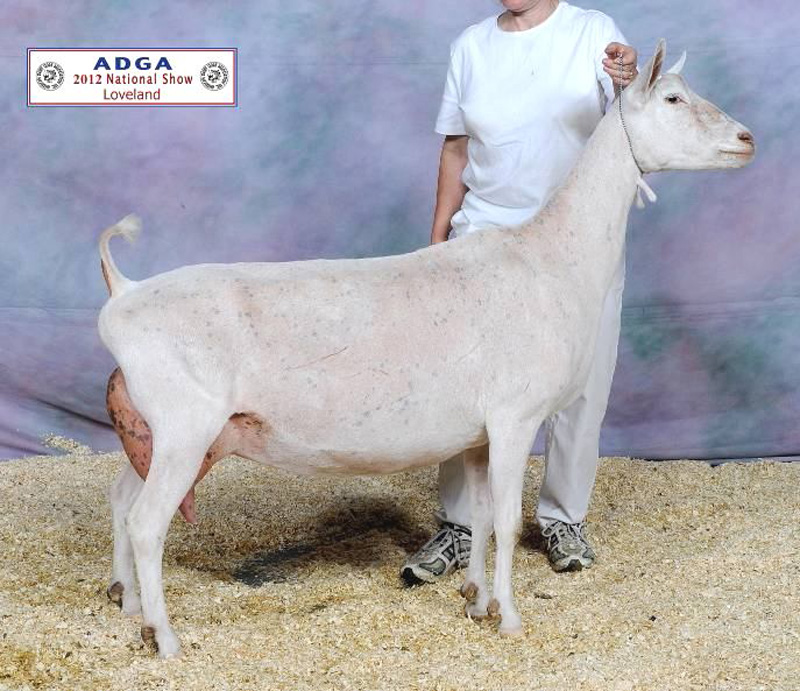 Elenya has been one of our favorites in the Des-Ruhigestelle/Tempo herd for her style, balance, and consistent production. When Laurie got this handsome guy back as a yearling, she called and asked to see if we were interested in using him. We agreed to lease him (until we were able to talk Laurie into letting him stay here permanently at Redwood Hill Farm) and he did not disappoint.

The Prince Ed daughters excel in the mammary system. Ed improves teat size and placement and overall area of attachment of the udder. His daughters show improved dairy strength and persistent lactation curves.

We love that Elenya is sired by Cherrypines Stand Out, one the greatest Saanen herdsires we ever owned. The line breeding on him worked, and although sad we lost Prince Ed at a young age, we are excited to have added a new Elenya son in 2017 by the name of Tempo Passa Elysian.