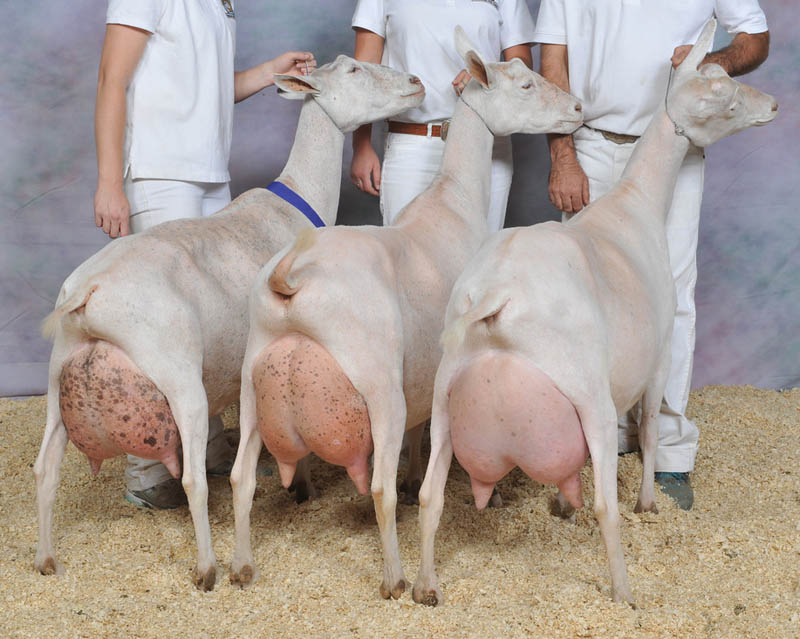 Sire: ++*B Companeros Voice of Reason

Fox proved himself quickly with a rush of beautiful and productive daughters. His dam was the beautiful StoneColdFox, and his sire was the legendary Companeros Voice of Reason. Voice of Reason had 18 permanent champion progeny and we were thrilled to be able to bring him back into the herd genetically. It was a successful cross, and in 2013 The Fox daughters dominated our show string, and topped their classes many times. Three different Fox daughters were awarded 5 BDIS in 2013!

Fox daughters tend to be very long bodied, level topped, highly productive animals. They showed correct General Appearance having strong toplines, and feet and legs. In Dairy Character they have been extremely open and dairy. Their mammary systems are what really have set the Fox daughters apart from others, as they have been extremely productive, beautifully balanced, and strongly attached and supported.