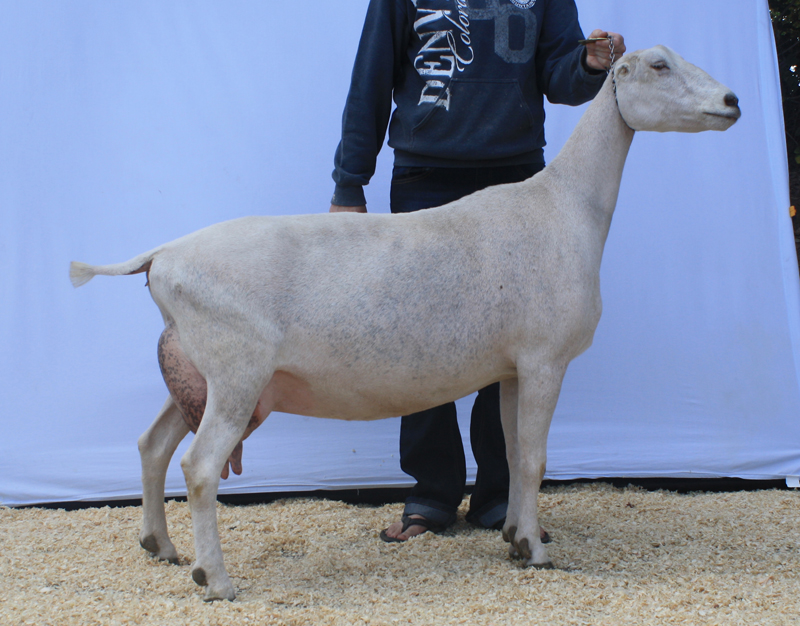 When we had the chance to lease Kastdemur’s Tach Lach, we of course jumped at the opportunity. However, he was already an older buck and only got a few does settled. Luna was one of the few daughters we got from him, and we just love her! Named aptly after the infamous Luna Lovegood of the Harry Potter series; she has the same flighty aura, and pale golden hair.

Luna is very correct in general appearance in all areas, especially feet and legs, and front end. She has a beautifully shaped mammary system that is high into the rear, and well extended in the fore. While not the most stellar milker in her first lactation, we expect to see a big improvement with a second freshening and are excited to get her out into the show ring!