A native plant of the Canary Islands, tagasaste bushes are grown and used widely for animal feed in New Zealand as well as in Australia and other parts of the world. Cytisus proliferus is another varietal, and it is also commonly known as Tree Lucerne.

In 2008 we were able to purchase the 10 acre property and orchard that bordered our Redwood Hill Farm. At the time, we were in the midst of drought conditions and skyrocketing hay prices. The neglected apple orchard we took stewardship over had empty spots where some trees had died. We decided to experiment with growing tagasaste seedlings in some of those empty spots as we had done many years ago on the original Redwood Hill Farm on Occidental Road.

Tagasaste seeds were hard to find in the U.S., but we found and imported some from a European seed company. To be able to germinate the tagasaste, the seeds need to be scarified. The way we scarify the seeds is by bringing water to a boil and then we add the seeds to hot water, turn off the burner and let the seeds soak overnight before planting. That first batch we had great germination and a new era of cultivating our own goat feed began.

Over the next five years, we had growing pains with our tagasaste hedge project. We learned the hard way that tagasate pants do not like “wet feet” and good drainage for the root system is a must. Also, the second shipment of seed refused to germinate for us. But the goats did love the tagasaste we harvested for them. And the drought and high hay prices persisted here in California. On the third year, our “original 8” plants bloomed and made seed. We harvested our own tagasaste seeds that year and we quickly germinated another 100 plants to expand our field. Photos HERE.

Fertilizer trees are used in agro-forestry and permaculture designs to improve the condition of soils on farmland. As a member of the legume family, it is a nitrogen fixer: it captures nitrogen from the air and puts it in the soil through the roots and falling leaves. Our tagasaste hedges can also bring nutrients from deeper in the soil up to the surface for other crops with roots that can’t reach that depth. With this in mind, we have also started planting various citrus plants within the tagasate field.

There are multiple reasons we decided to plant tagasaste hedges on our farm: 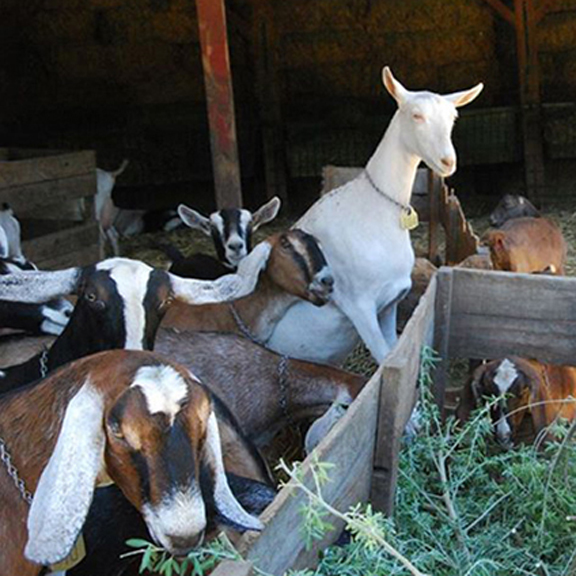