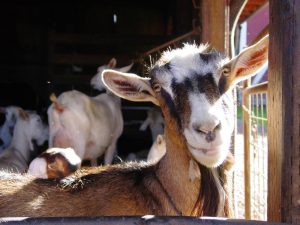 Our Zimba passed away at the old goat age of 12 years with friends, herdmates, and sister Zoe by her side. One of our very special Alpine does, we are using this blog post for honoring Redwood Hills Zimba. Born in the Spring of 2002 in a kidding that produced twin does, Zimba (SG Redwood Hills Ransom Zimba) is the daughter of the sweet doe Grand Champion Redwood Hills Samurai Zariba and her sire, the wild and reckless buck Willow Run Atlas Ransom. 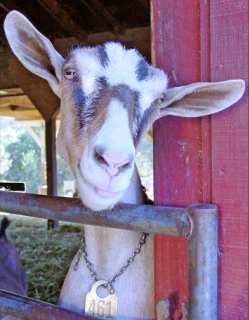 Zimba claimed the loving personality of her mother, and was often found standing at the entrance gate to the barn awaiting workers and visitors alike in hopes for a scratch or pet.  One day, Sharon Bice came to the gate where Zimba was waiting, and the now famous photo of our cover girl goat was shot (image above). With that photo Zimba quickly became the face of Redwood Hill Farm’s show herd and her portrait graced postcards, magazine pages, and was even painted on a United Natural Foods Inc. semi truck trailer that would deliver the Redwood Hill Farm award-winning dairy goat products to stores.

Zimba embraced her fame, and her picture made a cameo appearance along with actress Jennifer Lopez and Alex O’Loughlin in the 2010 film “The Back-up Plan” where Alex portrayed a goat farmer and cheese maker. A poster of Zimba appeared in a scene from the shop as well as various Redwood Hill Farm & Creamery goat cheeses (image below). While the film didn’t get great reviews, our herd gives it two hooves up! Zimba was capacious in her mammary system and her talents, writing blog posts for the Bleat Beat Blog on our website. 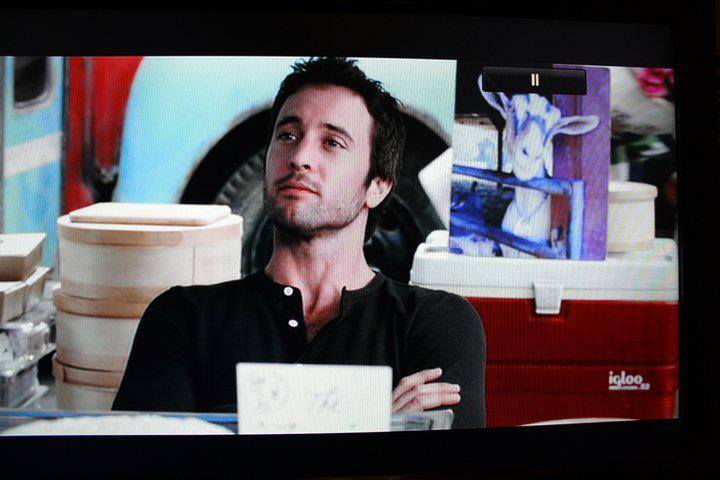 Zimba never let fame effect her work ethic and always performed as one of the best milkers in the dairy.  She had two lactations that exceeded over 3,500 lbs in the standard 10-month period in which lactations are measured. 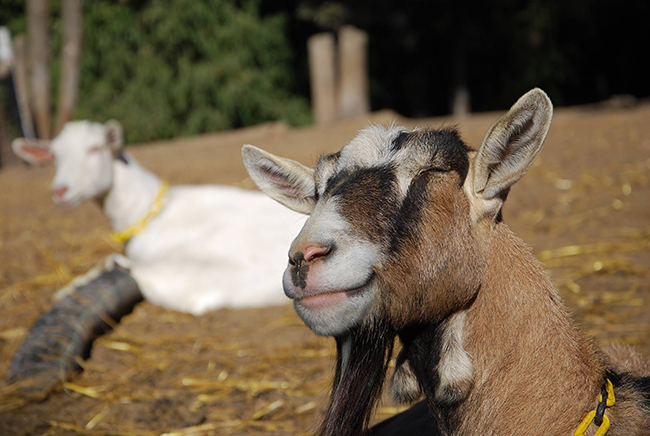 While working hard in the milking parlor, Zimba’s litter mate sister Z0e was hard at work in the show ring, earning her Grand Championship status at a young age.  Although they had different claims to fame, these 2 sisters were inseparable on the farm, always entering the milk parlor together and sleeping nuzzled to each other in the barn. 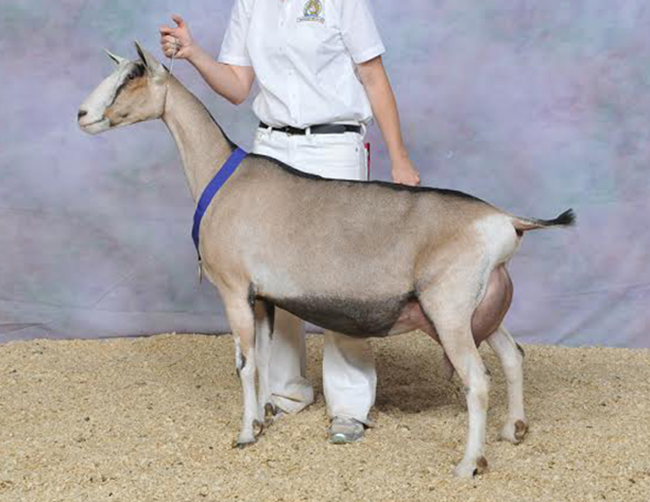 Zimba is survived by her sister Z00Loo, as well as kids, grand kids and great grand kids in our herd and herds throughout the nation. Zimba’s last summer was spent with pride as her daughter Zoo Loo was named the Senior Reserve National Champion at the American Dairy Goat Association’s National Show in Redmond Oregon. 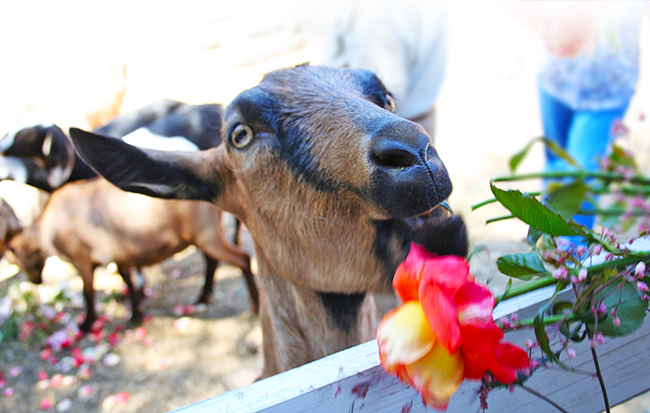 Flowers for the service were happily eaten by Zimba’s herd mates.